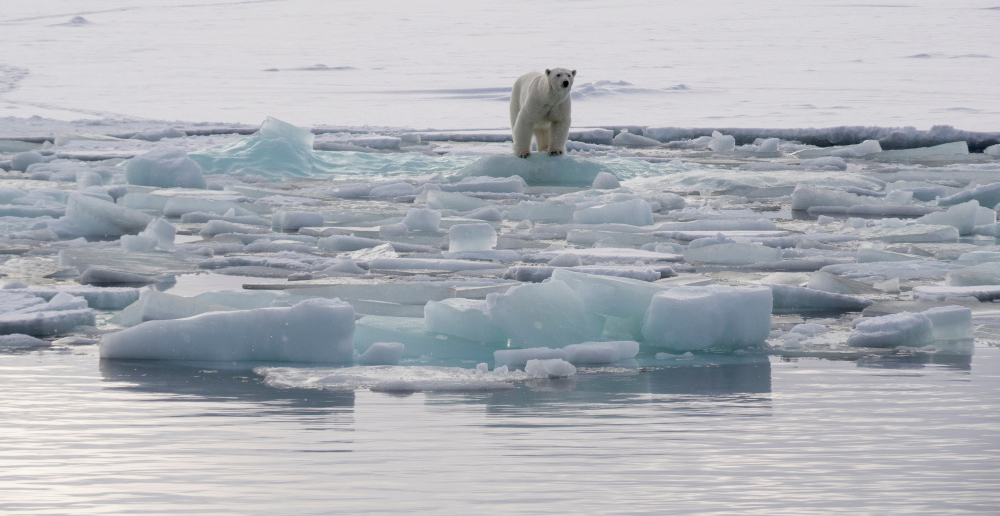 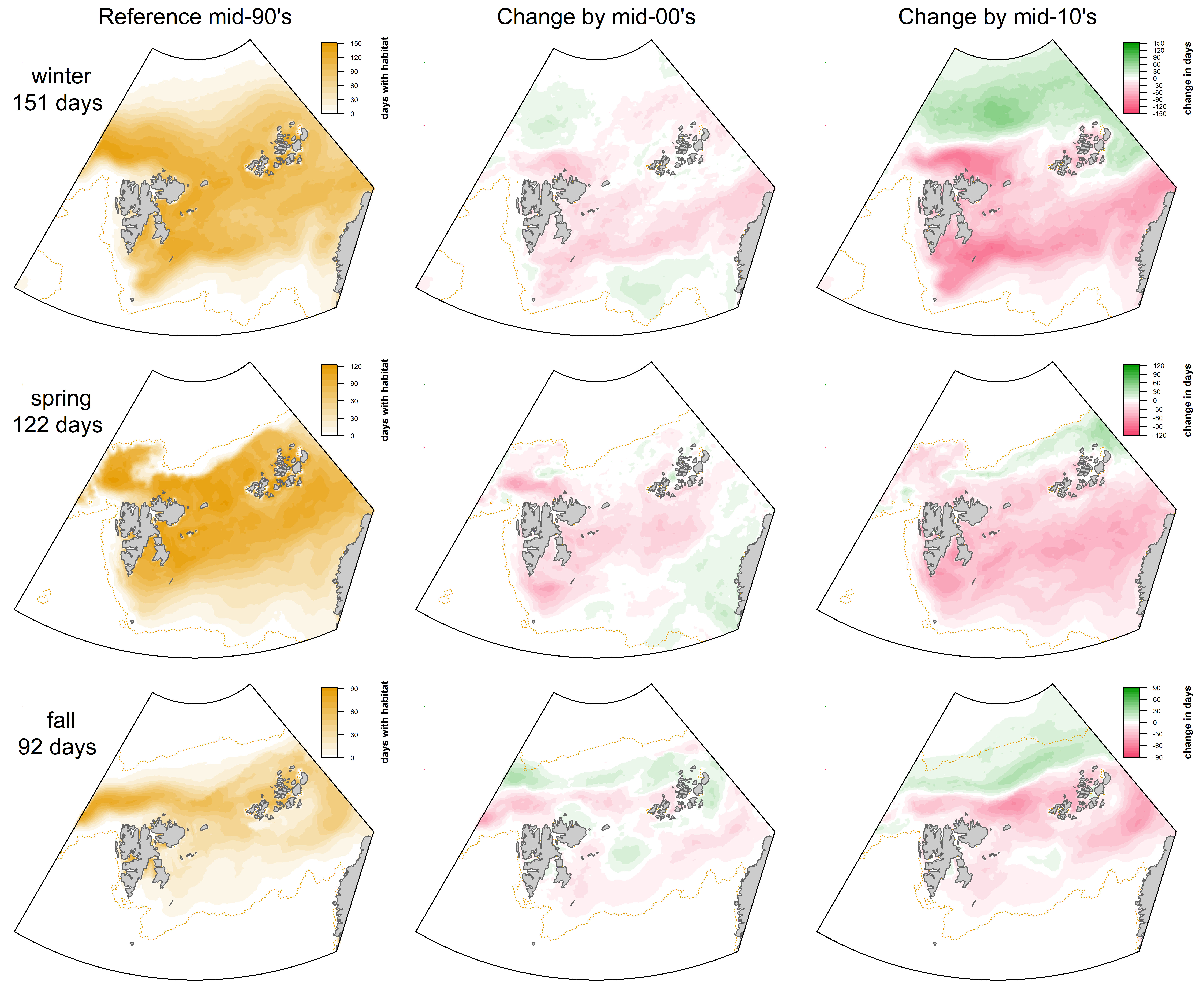 In addition to decadal changes in available polar bear habitat, annual changes in seasonal habitat throughout the last 28 years (1992 - 2018) are visualized as animations below.

The marginal sea ice zone was identified to be primary polar bear habitat in the Barents Sea. It has moved north- and eastwards during the last decades as is also apparent in a north and eastward shift of optimal polar bear habitat in all seasons during the last three decades. In general, this resulted in less available habitat and a reduced overall area suitable as polar bear habitat in the Barents Sea. Please note, each seasonal polar bear habitat model is based on sea ice concentration data retrieved from the University of Hamburg (Kaleschke et al. 2001, Spreen et al. 2008). The original data resolution of 12.5 x 12.5 km was interpolated to 3 x 3 km for these images. Further, data points close to land have been interpolated into the land to avoid a pixelated view of the coastlines. Therefore, the maps published here should only be used for visualization and not for scientific studies.