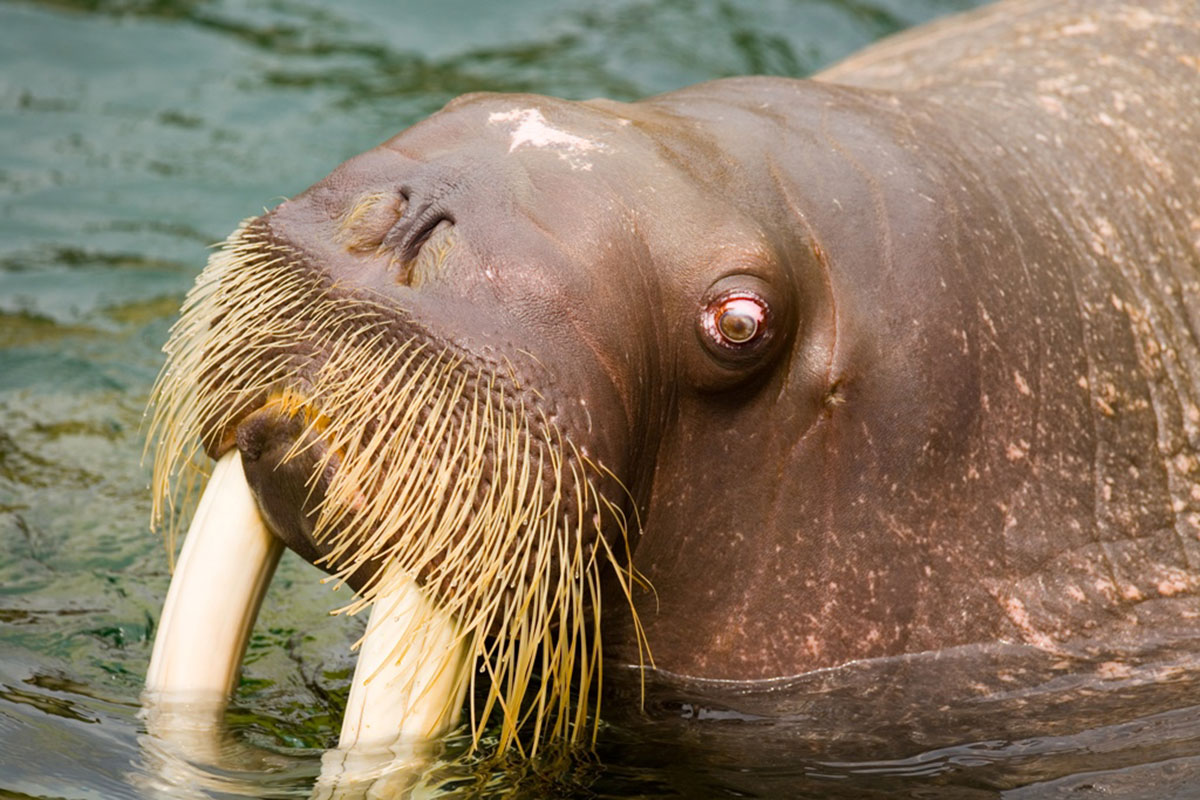 Walruses in the Barents Sea region belong to the Atlantic subspecies Odobenus rosmarus rosmarus. Throughout their range this subspecies has been reduced in abundance via human hunting. Walruses are on the Norwegian Red list and are also listed in the Red Data Book of Russia.

In Svalbard they were harvested virtually to extinction during three and a half centuries of heavy commercial exploitation, and likely only survived via the connection between Svalbard and Frans Joseph Land (FJL); the animals from the whole northern Barents Sea belong to one genetic population. Linkages between this joint northern x-border population and walruses in other areas within the Barents Region (i. e. Novaja Zemlja, Pechora and Kara Seas) are unknown. To the west, Greenlandic animals have been examined and they are genetically distinct from Svalbard/FJL. Determining the population structure of the Barents Region should be a priority for research, in particular because oil development is already occurring in the southern parts of the walruses’ range, in the Pechora Sea, and this benthic feeding mammal is likely sensitive to disruption of bottom communities. Additionally, there are concerns that climate change is likely going to reduce productivity in benthic communities in the years to come, with less ice coverage and greater potential for the pelagic ecosystem to capture more of the energy flow in the system.

Thus, it is important at this time to monitor abundance(s), identify key habitats, migration routes etc. in order to be able to mitigate negative impacts of human induced change in the region with respect to walruses.

Population surveys have been conducted in Svalbard in 2005 and again in 2012 that show a reassuring positive trend. The first survey in western Russia was flown in the Pechora Sea in 2011. But, the overall abundance for the region is not known, and core areas in Russia have never been surveyed (i.e. Franz Josef Land).