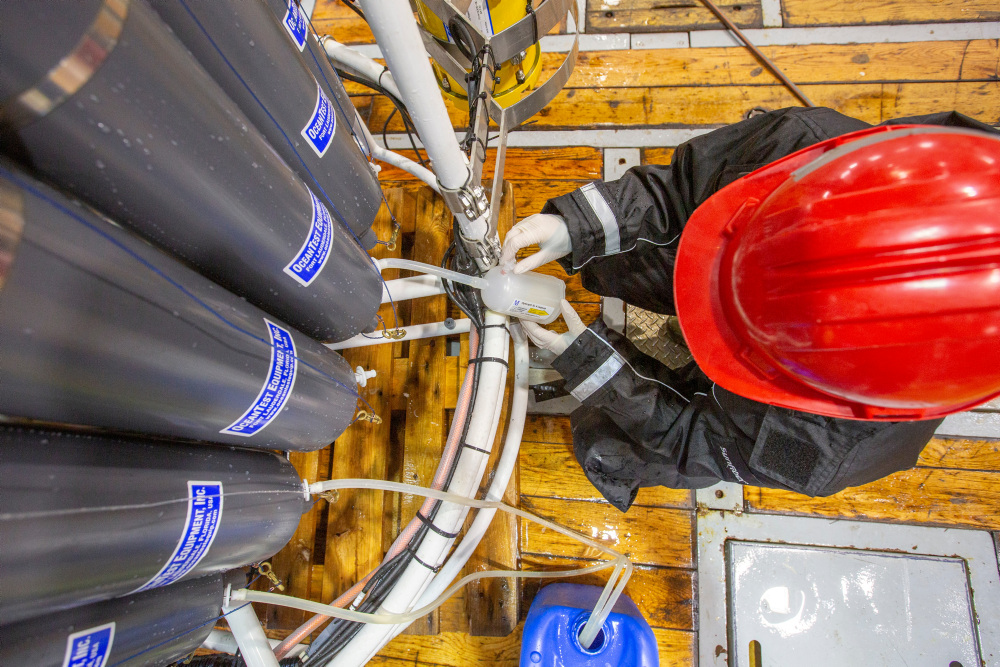 The Fugløya–Bear Island Section covers the inflow of Atlantic and Coastal water masses from the Norwegian Sea to the Barents Sea, while the Kola Section covers the same waters in the southern Barents Sea. Note a difference in the calculation of the temperatures in these sections; in the Fugløya–Bear Island Section the temperature is averaged over the 50–200 m depth layer while in the Kola Section the temperature is averaged from 0 to 200 m depth. 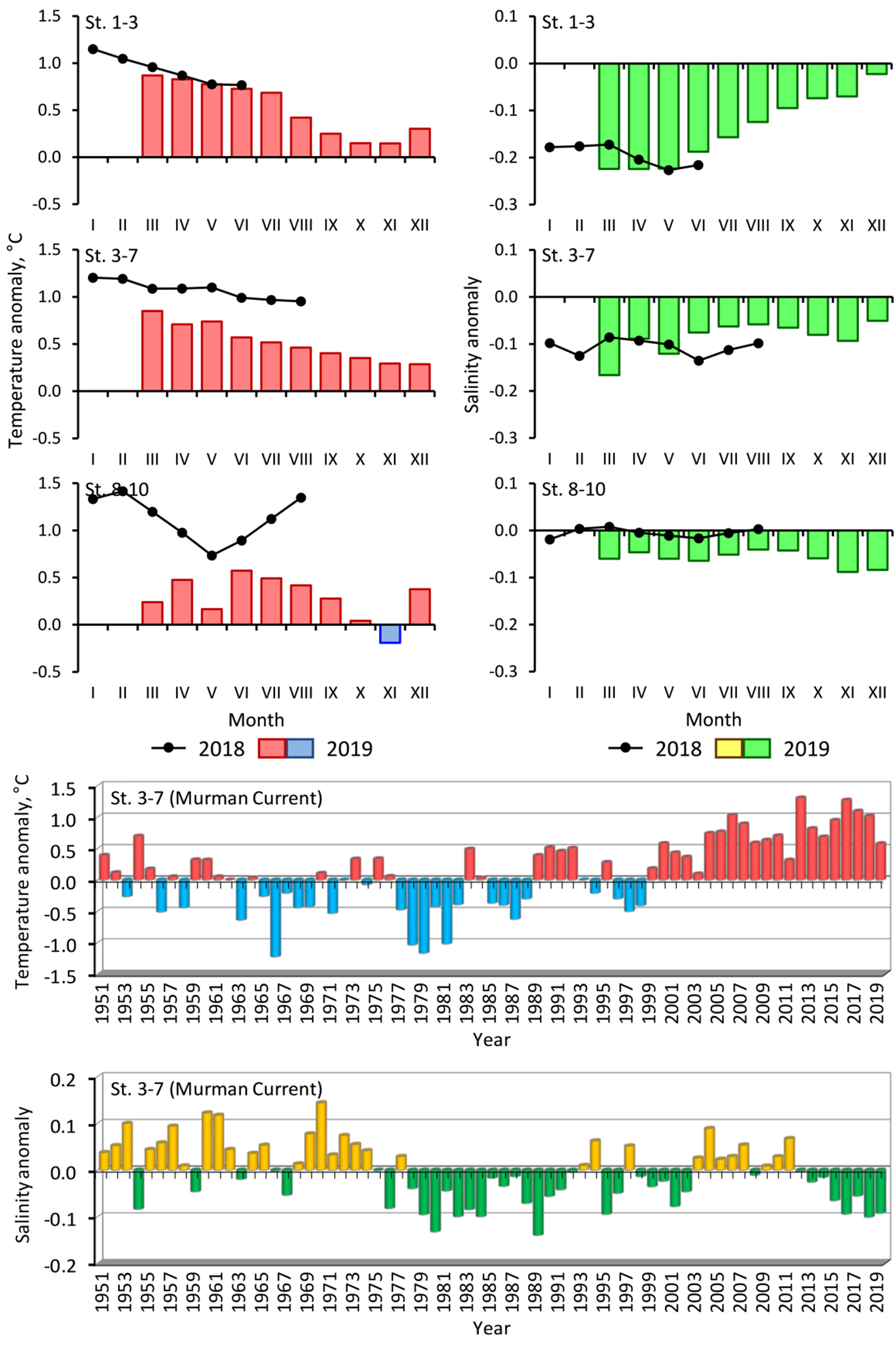