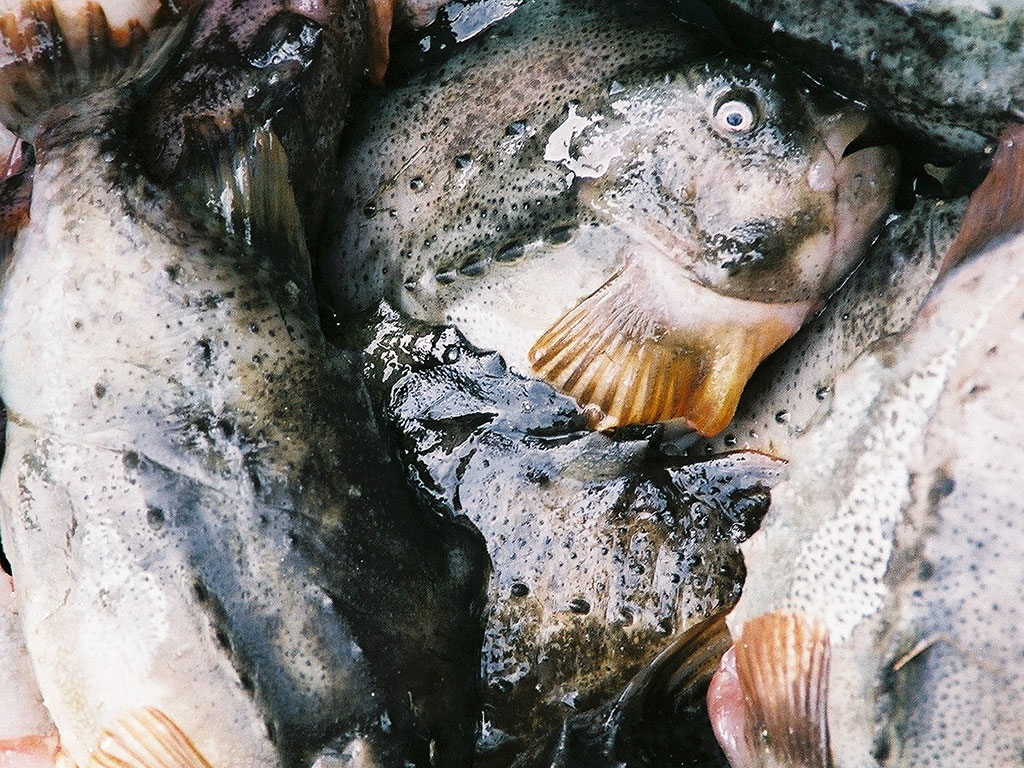 Adopting and Adapting an Ecosystem Approach to Management 2013

Fisheries and other harvesting are drivers that have major impact on the Barents Sea ecosystem. These activities have a long history dating back to the early 17th century when large scale whaling activity started. In centuries which followed, whaling and other hunting led to the near extinction of several whale stocks and other marine mammals such as bowhead whales (Balaena mysticetus), North Atlantic right whales (Eubalaena glacialis), and walruses (Odobenus rosmarius).

Open ocean fisheries in the Barents Sea began at the beginning of the 20th century with development of trawling technology. At present there is an ongoing multinational fishery in the Barents Sea using different fishing gears such as trawls, longlines, and purse seines targeting several species. The largest exploited fish stocks, however, are Northeast Arctic cod, haddock, and saithe. These three species are currently harvested within sustainable limits and have full reproductive capacity. While smaller stocks including golden redfish and coastal cod are believed to be overfished. Damage to benthic organisms and habitats from trawling has been documented. Overcoming these problems and furthering our understanding of the effects of fisheries within an ecosystem context are important challenges for management.
Until the 1960s, there were few fishery regulations outside national borders. In later years, and especially after the introduction of Exclusive Economic Zones (EEZ) —prescribed by the United Nations Convention on the Law of the Sea — a series of catch and technical regulations has been introduced to ensure sustainability and long-term yield in Barents Sea fisheries.
An important element of these measures is to ensure the fishing fleet’s compliance to management regulations. At present, decisions made by Joint Russian-Norwegian Fishery Commission have established a tight co-operation — between inspectors from the coast guard and other enforcement authorities —to inspect fishing vessels and the gears used. Also, work is ongoing to harmonize technical regulation of fishing gears used by Russian and Norwegian fishing vessels operating in the Barents Sea. There is additional cooperation between Russian and Norwegian authorities regarding a wide range of other measures such as satellite tracking of fishing vessel, control of landing fish products, etc. Focus has been placed to limit problems related to Illegal, Unreported, and Unregulated (IUU) fishing and trans-shipment of fishery products within the Barents Sea region. Another important issue is to develop and implement measures to reduce discard of catches.
The Accounts Chamber of the Russian Federation and the Office of the Auditor General in Norway conducted in 2006-2007 an audit of Management and Control of Fish Resources in the Barents Sea and the Norwegian Sea. This audit was performed in parallel in the sense that common audit questions and audit criteria were defined and the same outline was used for the reports. The two audit reports were written separately and on the basis of independent information.
Audit topics included:

Based on these parallel investigations, a joint memorandum was signed by Auditors Generals of both countries on 18 June 2007. The memorandum presents common assessments and summaries of national results.
Findings from the 2007 audit led both parties to conduct follow-up audits during 2008-2010. The follow-up audit showed that the extent of illegal and unregistered overfishing of cod in the Barents Sea was reduced considerably — from an estimated 100,000 tonnes in 2005 to zero proven cases in 2009. Since the survey period for the 2007 audit, enforcement was strengthened through increased regulatory controls and the use of more advanced technical tools.