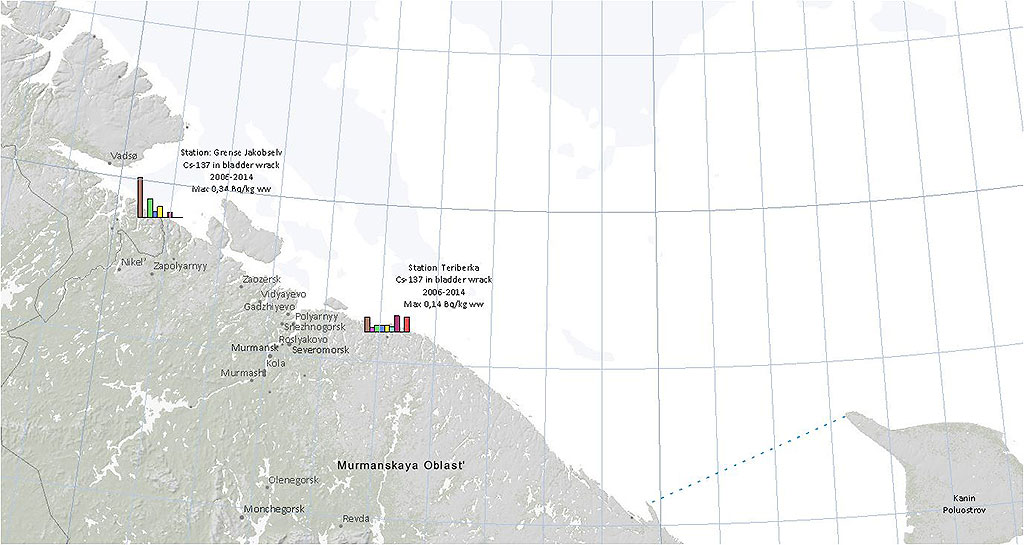 In Northwest Russia there is a high concentration of potential sources of radioactive contamination to the environment. This includes both military and civil nuclear fleets, storage of radioactive waste and spent nuclear fuel, legacy sites with dumped radioactive material, utilization of nuclear-powered submarines and nuclear power plants. Radionuclides originating from the global fallout caused by the atmospheric nuclear weapons tests run from 1945 to –1995 may still be detected in the area.

In this monitoring programme several coastal and offshore stations are defined in both Russian and Norwegian areas. These stations are visited at regular intervals by national institutions. Analyses of samples are also organised nationally, while the results are collected and compiled by the Norwegian party. The programme now contain a time series on radionuclide contamination in seawater, sediments and various biota from the Barents Sea area.
The findings from the monitoring 2006-2014 are that the levels of radionuclides in the seawater, sediments, animals and algae in the Barents Sea area are low and not of concern to the ecosystem or human health. However, with the amount of potential sources in the area, a continuation and expansion of the monitoring effort is needed to secure the future safety and health of residents to the area.

Find levels of radionuclides in: