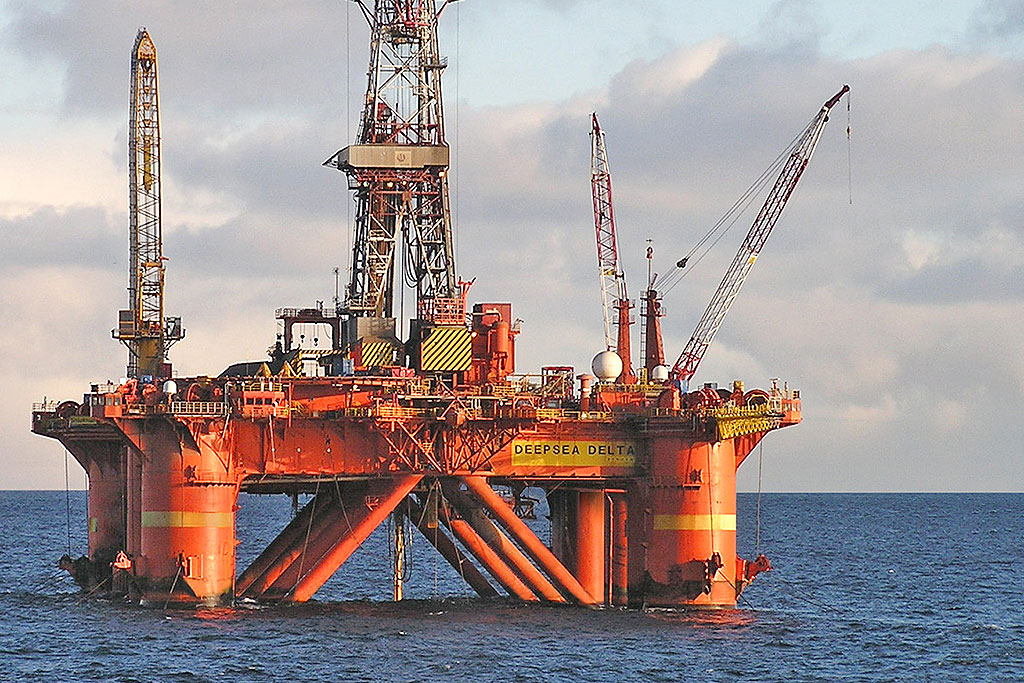 The environmental risks of oil and gas development in the region have been evaluated several times, and is a key environmental question facing the region. The focus of the debate is the risk of an accidental oil-spill during exploration or production. The consequences of such a spill depend on the activity, the location, time and potential exposure of environmental valuable species and areas. One of the environmental risks from future oil production can be associated with potential activities, which might influence near-shore areas, especially in ecologically valuable areas like the Lofoten-Islands and Pechora Sea. In addition, the Polar Oceanographic Front and the Ice Edge zone are particular sensitive areas.

Results from environmental monitoring have so far shown no effects from operational discharges into the water column.

There have been no reports of significant accidental discharge of oil or chemicals in the Barents Sea so far.

Patin (2008a) evaluated the rate and volume of possible accidental oil spills in Russian western Arctic seas based on the average worldwide oil spill statistics. Results of generalized relevant statistical data are presented in Table 4.4.3.  It should be noted that this represents one of several methods which could have produced different results.  As the study is based on worldwide data, it should be interpreted with special caution at regional or local levels. It should also be noted that risk assessment is an area with considerable debate regarding methodology. Current and planned activities for the Russian oil industry in the Barents Sea suggest a number of objectives, facilities, and situations which could lead to accidental oil spills.

Table 4.4.3. Average parameters of oil input into the marine environment from accidental spills according to worldwide statistics (1990-2000) (Patin 2008b).

Assessment results suggest that the probable total accidental input of oil into marine environments during the process of developing hydrocarbon fields in Western Arctic seas could reach 23,000 tonnes by 2030, with tanker accidents being the main source (Table 4.4.4). Taking into account routine (operational) releases and illegal discharges of oil wastes during shipping (which is comparable in amount to accidental spills (Patin, 2008b)) total oil input by 2030 is estimated to be about 40,000 tonnes. It should be noted that a planned multiple increase in oil export (up to 10 times) by tankers from Russian Arctic terminals should be taken into account; current oil export is about 15 million tonnes per year. During the next 30 years the total amount of oil export/transport from Arctic will probably exceed 1 billion tonnes. Accordingly, it can be predicted that a total (cumulative) input of oil in marine environment by 2030 will reach 100,000 tonnes.

The probability of oil spills is highly variable relative to the amount of oil spilled and the particular situation. By 2015, maximum capacity of oil transportation from the Western Arctic by tankers was estimated to reach a level of about 125 million tonnes/year (Bambuhak, Frantzen, 2009). Worldwide loss due to spillage is estimated to be about 30 tonnes per 1 million tonnes of transported oil (Table 4.4.3). From this, the total probable amount of oil spilled is estimated at the level of 3,750 tonnes/year.

Based on this estimate and a worldwide statistical parameter for large spills (4×10-3 spills per 1 million tonnes of transported oil) (GESAMP, 2007) one may predict an oil spill rate of about 0.6 large spills (over 5,000 tonnes) per year. Vorobiev et al. (2005), projects that catastrophic oil spills with serious ecological effects in the Arctic seas may occur as often as every 5-10 years. It should be noted, however, that no major oil spills have occurred thus far from marine oil transport in the Barents Sea.

From a biogeographical point of view, the highest risk of incidents and the most serious impacts of oil spills may be attributed to numerous bays, inlets, creeks, and marshes in Arctic coastal zones. These areas are distinguished by high biomass and productivity, and in Russia many of them have received the status of “Especially protected Arctic marine territories”.

Table 4.4.4. Extrapolation assessments of amount and rate of oil spills during development of hydrocarbon fields in the Western Arctic Seas under planned cumulative production of oil up to 700 million tonnes by 2030.

Risk analysis is a decision support tool and an integral part of risk management; it is often calculated as the product of probability and consequence. Risk analysis seeks to understand how a dangerous situation can arise and develop; this facilitates the implementation of relevant measures which will help prevent risks, minimize the number of accidents, and limit the consequences if accidents do occur.

The environmental risk from accidental oil spills depends on a number of factors. The most important of these are the probability of an oil spill, the magnitude of a particular spill, the geographical position in relation to vulnerable areas and resources, when the incidence occurs in relation to periods when vulnerability to oil spill is particular high. The efficiency of established barriers and response system, which may vary considerably depending on the weather conditions at the time, is another important factor.

A number of models and analyses are used today to estimate risk. These focus on different aspects of risk, such as the probability of accidental discharges, the probability of oil contamination, the risk of damage, and the risk of damage-related costs. Each sector and each activity must use risk management to prevent oil spills, and establish adequate barriers and/or emergency response systems. Models used to calculate risk also demonstrate that the potential damage, and thus the environmental risk, depends on the degree to which valuable and vulnerable areas and resources may be affected by oil spills. For management purposes, it is important to develop a common understanding of risk, including an understanding of mechanisms that create risk, and also the limitations and uncertainty of our knowledge.

Effects on bottom habitats from oil and gas activities are limited to the Snøhvit field and Prirazlomnoe field and are small also within this field.

The impact of these emissions is discussed in article Pollution.

Expected situation in the near future (5 years)

It is expected that several new wells will be drilled in the Norwegian and Russian sectors of the Barents Sea in 2015.

The Norwegian Ministry of Petroleum and Energy has announced the 23rd licensing round. The round consists of 57 blocks, or parts of blocks. These are distributed with 34 blocks in the south-eastern Barents Sea (the formerly disputed area towards Russia), 20 blocks in other parts of the Barents Sea and three blocks in the Norwegian Sea. The government aims to award new production licences in the first half of 2016.

For the period up to 2024, according to Licence agreements of Operators it will planned to perform 48,200 linear km of 2D and 21,650 square km of 3D seismic surveys and  to perform 7 exploration and 27 prospecting drilling wells at 28 perspective areas in the Barents and Pechora Seas.

The Barents Sea oil complex will be formed based on the supplies of the currently known fields (oil: Prirazlomnoye, Medynskoe, Varandey, Dolginskoye, and oil/gas condensate: Severo-Gulyaevskoe) and will develop according to the exploration and development of nearby fields. Extracted amounts of oil from those structures and fields are 600-700 million tonnes. Basis of the gas complex of the Barents Sea are Shtokman and Ledovoe gas condensate fields along with the gas field Ludlovskoe. Their total annual supplies are estimated to be 400 billion cubic meters and create a reliable resource base.

For transportation of gas condensate from the Shtokman field, there are plans to build underwater pipeline, with the length of over 800 km that will lead to disturbance of the bottom sediments and coastal line.